As we explained in the introduction to the Mindsight Tech Terms Dictionary, the technology industry has its own specific lexicon, complete with an alphabet soup of acronyms and too many almost-synonyms to count. But we’re going to try, which is why we created the Tech Terms Dictionary in the first place. In our last edition, we covered computer basics, including the system components such as CPU, motherboard, and graphics card.

Today, we’ll be examining the broader system in which a computer operates: the network.

In technology, when we refer to a network, we are talking about the digital telecommunications network that enables the exchange of data between computing devices through nodes. Broadly, it’s the system that connects computing devices, such as your computer to mine. Network – a set of connected computers or computing devices.

Nodes – the computing devices on a network, such as a computer.

Network host – a computer or other device connected to a computer network that relays resources, services, or applications. In other words, a general-purpose network device with a network address.

Network address – an identifier for a node or host on a network.

Topologies – the arrangement of the elements within a network.

Collapsed ring – the most common topology in use today that uses the network protocol called the Ethernet. There is a central hub (also called a router or switch) that runs a ring topology with node plugins, creating an independent cable for each device.

Star topology – a network design that uses a central hub with individual connections between each node on the network.

Bus topology – a network design where a single cable connects all nodes on the network, culminating in the final hub.

Local area network (LAN) – a network that connects devices within one location, such as in a building, home, or adjacent buildings.

Wide area network (WAN) – a network that connects devices across an extended area (at least half mile radius or more).

Data – the quantities or symbols a computer processes, stores, and transmits in the form of electrical signals.

Networking hardware – the physical devices required to communicate and share information with other devices on a network. Router – a network device that forwards data packets between networks, providing the high-level traffic selection process within and between the network(s).

Modem – a network device that modulates a carrier signal to encode and decode digital information.

Switch – a network device that uses packet switching to receive, process, and transmit data to a destination device.

Hub – a common connection point for network devices in a network.

Repeater – a network device that boosts a received signal past an obstruction, increasing the signal coverage distance.

Hybrid network devices – the devices that operate a network made up of more than type of topology, and may include components such as multilayer switches, protocol converters, bridge routers, proxy servers, firewalls, network address translators, multiplexers, ISDN terminal adapters, and other hardware. Wireless network – a computer network that uses wireless data connections between network nodes, typically implemented through the radio communication in the physical layer of the OSI model network.

Routing – the process by which traffic is moved through a network, or between and/or across multiple networks. Typically, this refers to the selection of the traffic path, regardless of the type of network routed.

Network packet – a formatted unit of data carried by a packet-switched network that consists of the payload.

Payload – the part of transmitted data that included the intended message, which in networking consists of the control information and user data. It is usually included in a type of frame.

Frame – a simple container for a single network packet.

Server – a device, or computer, that provides functionality for other devices – called clients. It’s a computer without a monitor or user interface used to help user-facing computers communicate. Servers reside in data centers or server farms.

Bandwidth – a term used to describe the maximum data transfer rate of a network.

From The Network To The Data Center

While not an exhaustive list, reviewing the Tech Terms Dictionary Network Edition should give you insight into the common structures and components used in describing networking. Since networking is essential to the system-level understanding of computing, it is an essential building block to understanding how computers communicate with one another.

Data centers are a fundamental element of computing today. In our next Tech Terms Dictionary Data Center Edition, we’ll examine how servers and networks work together to create functionality for users and businesses around the globe. Stay tuned! 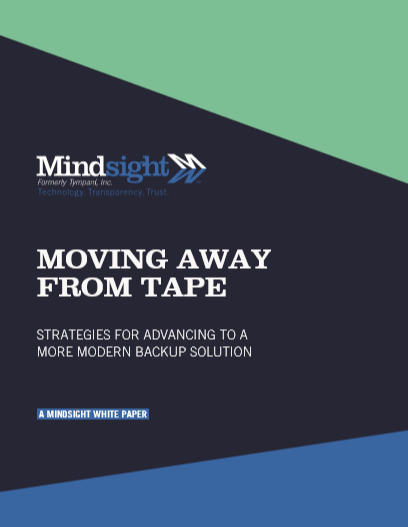 Contact us today to learn more about networking for your business.

Security Threats on the Internet of Things